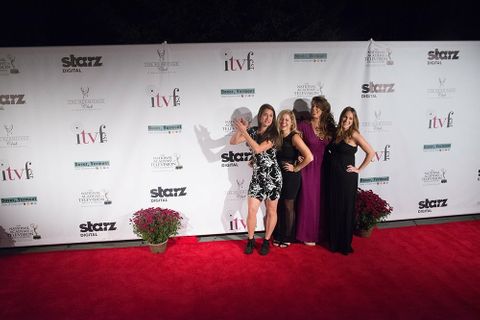 From Vermont, to Miami, to Brooklyn- we have been rocking out at Festivals for Kid Friendly* Series. Here is a shot of me and the other co-creators/developers at iTV Fest, where we won a development prize with CBS Interactive. We were also nominated for Best Writing at Brooklyn Web Fest and won an honorable mention in "The New Hollywood- Emerging Voices" Category! 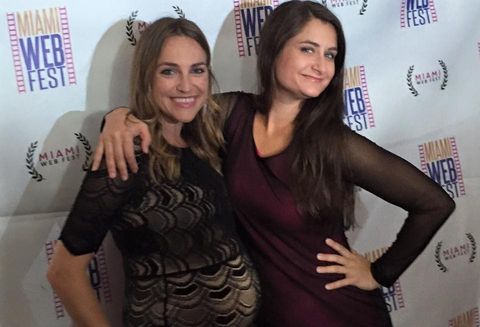 So honored by these nominations at Miami Web Fest and grateful to see that Kid Friendly* has gotten so much wonderful attention recently! 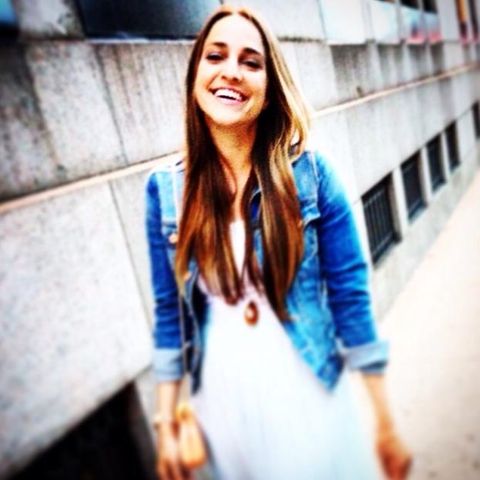 Such a funny scene I stumbled upon from "The Last Millenial Couple." Decided to get it professionally taped so I could share it with you. Enjoy :) 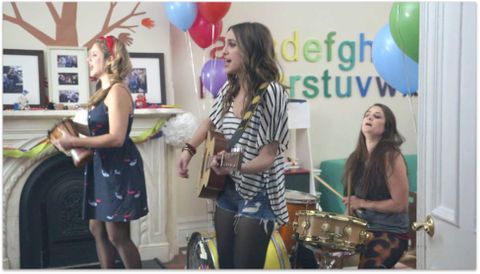 I am SO psyched to finally be launching our series at the end of July and can't wait to share it with everyone! Here is a little taste of what to look forward to: 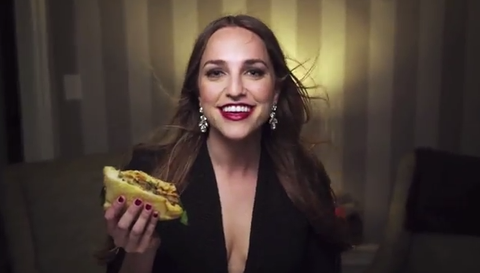 Check out the Commercial work I have done! 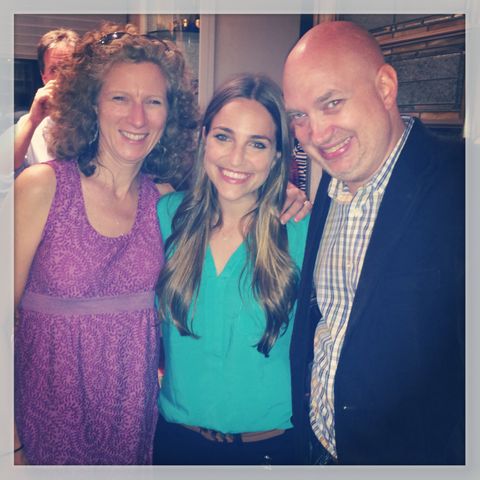 Back again with the Making Books Sing/Wanda's Monster crew. This time around I put my "rock and roll granny" character aside and played a Supa fly street performer, Mime, and an Aristocratic Queen. Never a dull moment with these folks and of course singing all new Laurie Berkner tunes wasn't too shabby either. This is a pic of me, Laurie, and awesome director Marty Johnson. 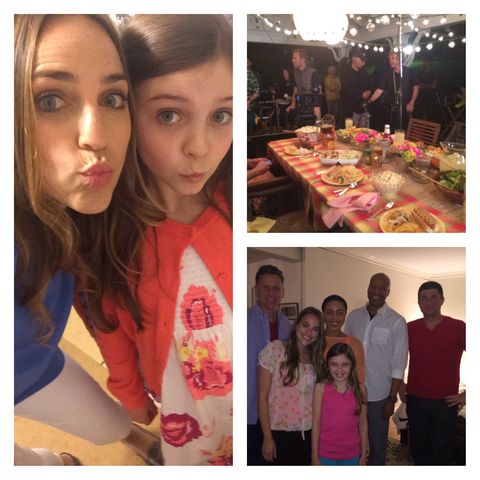 Theres a first for everything and I broke my "being cast as a mom" cherry. Ok, lets call her a super cool mom a la "mean girls." Either way you slice it, I'll take it. Had a blast on set with these lovely folks and especially my little gal, Alivia. We do look alike, huh?!

Just shot a commercial for Amazon Fire! They just knew I love watching TV :) Check out the footage HERE 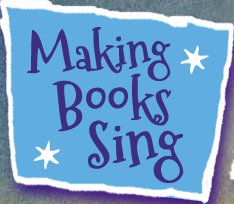 The Amazing Adventures of Harvey and The Princess

In May I will be doing a workshop of a new "Making Books Sing" musical called "The Amazing Adventures of Harvey and the Princess." I am looking forward to playing the funny power-suited queen and of course to be back with the "Making Books Sing" crew! 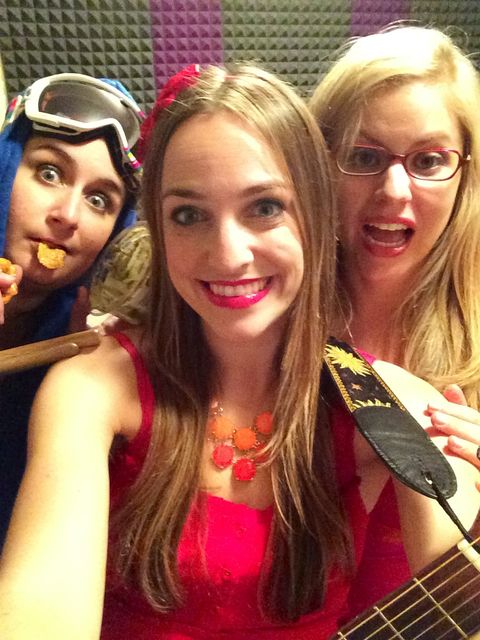 Been hard at work with two very talented ladies, Molly Gaebe and Natalie Rado, on a new web-series called "Trick Candle." We have a couple wonderful producers, Kristin Krall and Anna Lauren Farrell and we are shooting four episodes in May. Stay tuned for awesomeness! 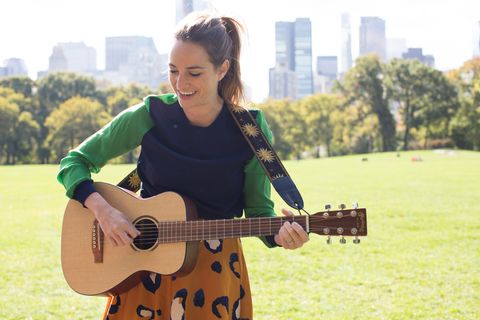 It's nearing the end of 2013 and I am feeling proud of some bucket list accomplishments this year. Been working with two incredibly talented musicians, Jivie and Eric, and we are super excited to finally have three demo's recorded and one that is ready to share! Click here to take a listen to a demo of "It Is What It Is," a song that means a lot to me and is dedicated to my beautiful mother. 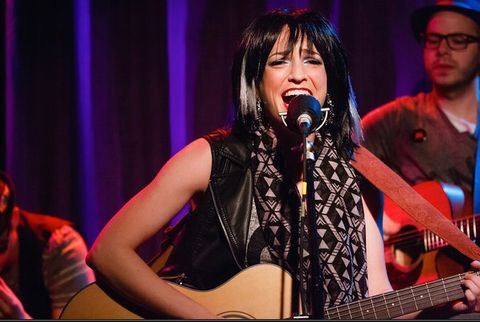 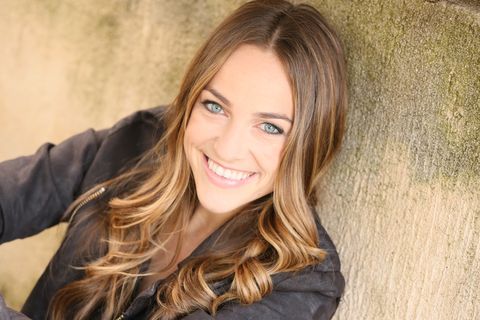 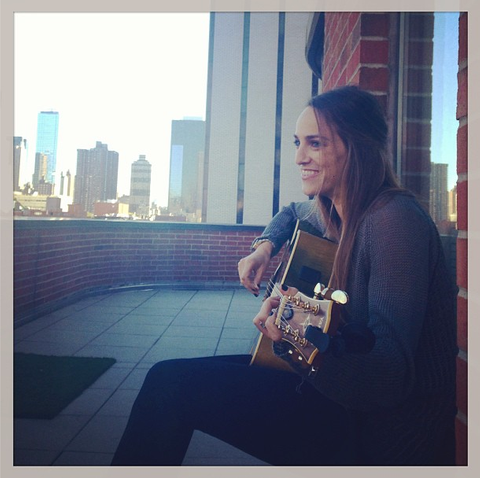 Things are a Brewin'!

So excited to launch my new website! I know you live and breathe what I am doing with my life, so here's a little update. Since January I have been working on original music with Mr. Jonathan Ivie "Jivie" and we have recently teamed up with Eric Stockton to record our first EP. So freaking excited about creating with these awesome musicians and can't wait to share some demos with you folks!

I have also been working with the talented Molly Gaebe and Natalie Rado on a new web-series that you are going to poop yourself over. It'll be that funny, so just wear diapers whenever I share it with you all.

Ok, thats it for now. A huge thanks to Eric Tarlo and gospacecraft.com for helping me create this awesome new website. Happy launch day!

Come see me in ROAM THE RUINS!

I have just joined the awesome cast of "Roam the Ruins " directed by Terry Berliner and written by Richard Dery and Sam Levine! There are only two performances so if you blink you'll miss it. (and that wouldn't be good because there are A LOT of laughs to be had in this show, so you know, you want to see it)

Book and Lyrics by Richard Dery 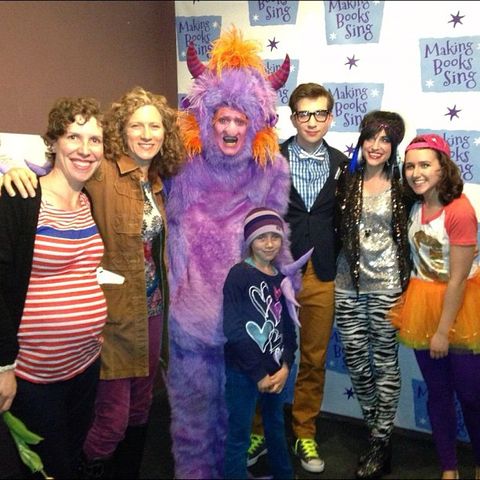 So sad to say that it is the final weekend of Wanda's Monster. What an amazing ride it has been! Performing at the Vineyard Theater was a dream and I can't say enough about this cast and all THREE Bobby's the have graced this awesome show along the way. Working with Laurie Berkner, Making Book's Sing, and Kristen Rosenfeld took me to the next level. I have learned so much through working on this production and am incredibly grateful to everyone who was a part of it! 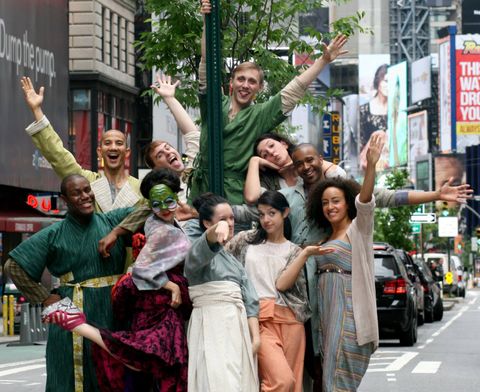 Holy Smokes, OK so lets just say we won the equivalent to a TONY in South Korea. Feeling very proud of the Sunfish team! 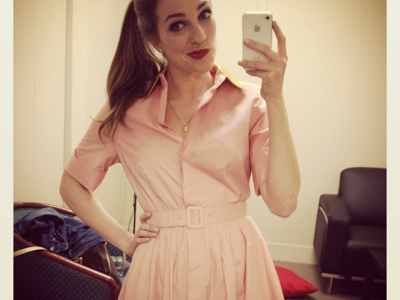 One Life to Live!

Woohoo!!! I booked my first role on One Life to Live! So psyched to be on set and work with this awesome cast. Oh and you know, get my hair and make-up done and feel really special for the day :) Today I am no longer Jamie, I am Manicurist #2- gotta start somewhere!